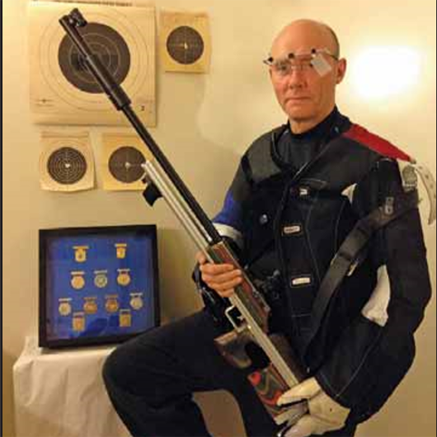 Rod Scrivner is the lead marksmanship instructor and CEO at Scrivner Shooting School. He received his first bit of success while shooting in the Marine Corps while attached to the Parris Island Rifle and Pistol Team. His first year on the team was a monumental year because he actually made Marine Corps History by being the first Marine to shoot a perfect score with the M16 A2 Service Rifle. The next year on the team he was even more successful as he won his first pair of medals at the Eastern Division Rifle and Pistol Matches and later went on to finish his Marine Corps Career with 26 points with Pistol and 28 points with the rifle in 1995. Although he did not go distinguished; he once again made Marine Corps History by becoming the youngest head coach to sweep the Far Eastern Division Rifle and Pistol matches and capture the rifle and pistol team matches as well as the infantry team trophy championships.

I have discovered that even during the lockdowns; marksmanship instruction can still be provided with the aid of modern technology.

In 2013; Rod was invited to shoot the Western Division Rifle and Pistol Matches. This was meant to be a joke by the Marine Corps because he was so close to becoming a distinguished marksman. Rod accepted the challenge even though it had been 18 years without even touching a weapon. While using a drill as a pistol simulator; he used his mental management process from his training on the Parris Island Shooting Teams 20 years before, to guide him back into shooting shape and astounded the pranksters by double legging and brining home two distinguished badges. Rod joined the Air Force Reserves in 2010 and later found himself on the Air Force International Rifle Team. His second year with the team he was placed as a team captain on the National Rifle Team Match and eventually was required to coach the last pair of shooters during the 2017 National Smallbore Rifle Team Match. The Air Force International Shooting Team came in 2nd place losing by only 2 points; which ended up as the highest placing in the National Small Bore Rifle Team Match history. After that season Rod set out on a quest to obtain the new smallbore .22 Caliber Distinguished Medal and after two years; became tripple distinguished. See below at his track record of student successes: